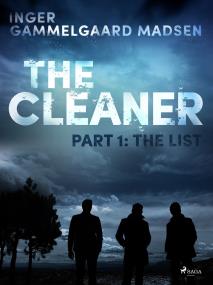 by Inger Gammelgaard Madsen
Bertram and his three friends; Jack, Kasper and Felix, have just finished school, and have formed a small-time gang, calling themselves The Hawks. They work for The Handler, who pays them to do break-ins and steal expensive designer furniture, at the request of The Handler‘s clients. Bertram lives alone with his mum, who works as a waitress in a restaurant. She believes that Bertram is earning his money delivering the local paper. Bertram cannot remember too much about his dad. He was only seven years old when his dad was arrested for murder and sentenced to life in prison. One day, Bertram steals an expensive leather jacket in the restaurant where his mum works. He finds something hidden in a concealed pocket under the lining of the jacket. This ends up having disastrous consequences, not just for Bertram.