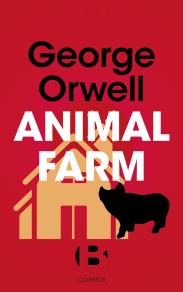 Animal Farm tells the story of a group of farm animals on Manor Farm near Willingdon, England, who rebel against the irresponsible and alcoholic farmer, Mr. Jones, hoping to create a society where the animals can be equal, free, and happy. However, the rebellion is betrayed, and the farm ends up in a state as bad as it was before, under the dictatorship of a pig named Napoleon.

The allegorical fable reflects the events leading up to the Russian Revolutionand then on into the Stalinist era of the Soviet Union.