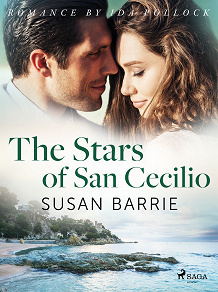 The Stars of San Cecilio

by Susan Barrie
Lisa’s magical time at Costa Brava is about to come to an end and tomorrow she must head back to London to find work. Then, as if by fate, a handsome stranger by the name of Julio Fernandez approaches her, blowing her plans apart. He offers her a job as a governess to his young daughter, and she is thrilled at the prospect of staying and getting close to this alluring man. Yet, it seems, that she is not the only woman eager to settle herself in Senor Fernandez' life and may need to fight to claim her desires. The romantic novel written under one of Ida Pollock’s pseudonyms, Susan Barrie, promises allure and seduction for readers of all tastes.

Susan Barrie is a pseudonym of Ida Pollock (1908 – 2013), a highly successful British writer of over 125 romance novels translated into numerous languages and published across the world. Ida Pollock has sold millions of copies over her 90-year career.