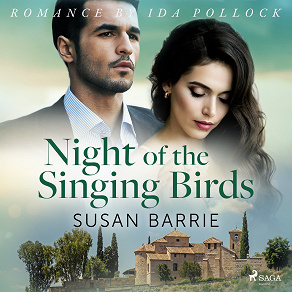 Night of the Singing Birds

by Susan Barrie
Angela is part Spanish and part English, having spent her youth in Spain. Thus a part of her protests to an arranged marriage to Don Felipe Martinez, as intriguing and charming as he may be. Torn between mixed feelings, she must decide: will she marry Don Felipe and surrender to her budding desires or choose differently? The 20th-century story was written under Susan Barrie, a pseudonym of the master of romance, Ida Pollock.

Susan Barrie is a pseudonym of Ida Pollock (1908 – 2013), a highly successful British writer of over 125 romance novels translated into numerous languages and published across the world. Ida Pollock has sold millions of copies over her 90-year career.