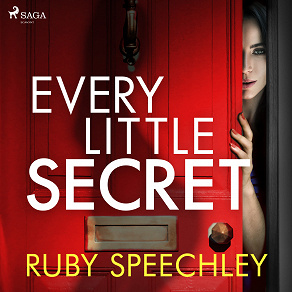 It was an ordinary day for Maddy Saunders. Until a knock at the door and two policemen telling her that husband Max is missing, his rucksack found floating at the bottom of a local canal near their home in Uxbridge...

As Maddy desperately searches for clues as to what has happened to Max, she quickly uncovers that the man she shares her life with, the father of her children, has been keeping secrets from her.

Forced into untangling Max’s lies, Maddy will stop at nothing to uncover the truth – even if it shatters her world into pieces...

Ruby Speechley graduated from Sheffield Hallam university with an MA in Creative Writing. She is a Faber Academy alumna and a prolific writer whose work has been longlisted for the Lucy Cavendish Fiction prize, Exeter Novel Prize, The Caledonia Novel Award, The Bath Novel Award and has won the Retreat West First Chapter Competition and Best Opening Chapter at the Festival of Writing in York.
Listen to sample
Log in to borrow