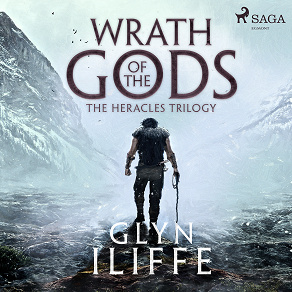 Wrath of the Gods

by Glyn Iliffe
The awe-inspiring myth of loss, labour, and revenge... Heracles will do whatever it takes for justice.

Having completed his first trials, Heracles learns that his children's shocking murder was part of an evil plot; his mind brought to madness by some strange poison. To regain his honour, he must uncover the secret behind this terrible betrayal.

Despite the revelation, he continues the twelve trials. Charis, the servant of vengeful Hera, sets him a series of seemingly impossible tasks: slay the terrifying Erymanthian Bull, clean the filthy Augean Stables, defeat the man-eating Stymphalian Birds and best the colossal Cretan Bull...

As Zeus rages and Hera plots, Heracles must fight on, clad in the impenetrable hide of the Nemean Lion, and with his loyal nephew Iolaus at his side. But as his labours grow ever more dangerous, will he have time to uncover his family’s murderer before it’s too late?

An epic, unputdownable read about the greatest of myths, Wrath of the Gods is perfect for readers of Christian Cameron, C.F. Iggulden and Simon Scarrow.

Glyn Iliffe studied English and Classics at Reading University, where he developed a passion for the stories of ancient Greek mythology. Well travelled, Glyn has visited nearly forty countries, trekked in the Himalayas, spent six weeks hitchhiking across North America and had his collarbone broken by a bull in Pamplona. He is married with two daughters and lives in Leicestershire.
Listen to sample
Log in to borrow