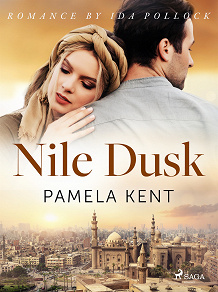 by Pamela Kent
When her great-aunt passed, Romilly was pleased to find that she had inherited a house in Cairo. To her surprise, Crighton Bey cautioned her about her new possessions. Romilly could get his warning, or his charming disposition, out of her mind. Should she be worried about his intentions, rather than her new fortune? The memorable love tale dating back to the 20th century is written by Pamela Kent, a pseudonym of the beloved romance writer Ida Pollock.

Pamela Kent is a pseudonym of Ida Pollock (1908 – 2013), a highly successful British writer of over 125 romance novels translated into numerous languages and published across the world. Ida Pollock has sold millions of copies over her 90-year career.