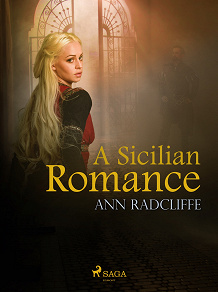 by Ann Radcliffe
Nothing boosts evocative narrative as well as narrow escapes. And Ann Radcliffe mastered it.

In this early gothic horror novel, Radcliffe tells the story of the Mazzini household’s fall from grace through rugged and cavernous landscapes and the labyrinthine passages of Sicily’s castles and convents.

When Julia, one of the daughters of Marquis Mazzini, falls in love with an Italian nobleman, her father disapproves of her choice and arranges for another marriage. Feeling suffocated, Julia tries to escape, but her father’s will and rage is not easily undone.

"A Sicilian Romance" (1790) explores how women’s desires were often at odds with the patriarchy and the all-powerful aristocracy at the end of the 16th century.

A novel full of adventures, close calls, elopements, and forbidden love. "A Sicilian Romance" is an early gem in Radcliffe’s work.


Ann Radcliffe (1764-1823) was a British fiction writer, best known for her pioneering role in the English gothic tradition. She married a journalist and in his long absences, she began to write. Her works exhibit a preference for exotic and sinister places, where her female protagonists often suffer supernatural occurrences. Her best known novels include "The Mysteries of Udolpho", "The Italian", and "A Sicilian Romance".