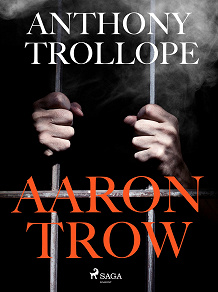 by Anthony Trollope
First published in 1863, ‘Aaron Trow’ follows the plight of convict Aaron, who has been sent to prison in Bermuda for the murder of a man during a strike in England. He escapes and breaks into the home of Anastasia Bergen who is home alone, demanding food, drink and money. When she refuses to give him money, a scuffle ensues which will have far-reaching and dramatic consequences. A departure from Anthony Trollope’s more usual subject matter, ‘Aaron Trow’ is nevertheless a gripping short story from the much-loved author.