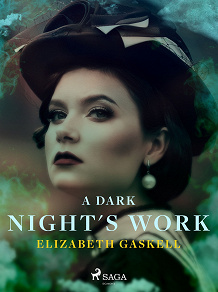 by Elizabeth Gaskell
Elizabeth Gaskell’s ‘A Dark Night’s Work’ was first published in serial form in weekly magazine ‘All The Year Round’, which was edited by Charles Dickens. The lovely young Ellinor Wilkins appears to live a charmed life – doted upon by her father, she has plenty of friends and a blossoming romance. Then, something shocking happens which will change the course of her life and those around her forever. A classic Victorian gothic mystery from the enduringly popular author Elizabeth Gaskell.