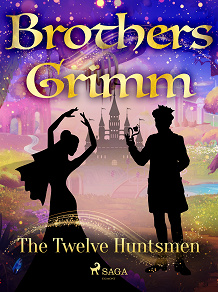 by Brothers Grimm
A prince and a princess are in love but the prince’s father wants his son to marry another girl. The devastated princess comes up with a plan. She gathers a group of eleven more ladies who pretend to be huntsmen. They head to the king’s castle and they earn his trust. The wedding day comes and the prince is about to marry the girl his father chose. The huntsmen however step in. What followed after that? Find out in "The Twelve Huntsmen".