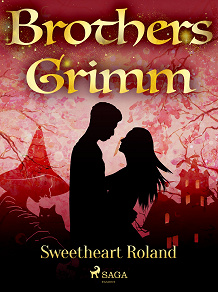 by Brothers Grimm
Once lived an evil witch who wanted to kill her step-daughter. The girl was however not only kind and beautiful, but smart as well. She changed places with her step-sister so the witch killed her own child instead. The lucky girl ran away with her beloved one. The danger was however right after them as the witch was determined to catch them. It was a long and exhausting persecution. Will the witch give up? Will the lovebirds get their happily ever after? Find out in "Sweetheart Roland".