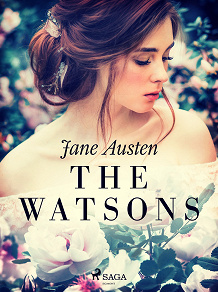 by Jane Austen
Do you love Jane Austen's Pride and Prejudice? How about Persuasion and Emma? Then you will love her unfinished novel "The Watsons".

The story revolves around the life and misfortunes of Emma Watson after the death of her aunt. She moves to live with her distant father and his family, only to find out that there are family issues lurking deep beneath the surface that threaten to destroy her ambitions and desires.

"The Watsons" is an entertaining and sympathetic portrayal of family life, and will leave the reader wanting more.

Jane Austen (1775-1817) is one of the most beloved British writers of all time. During her short life she published six novels: ´Sense and Sensibility´, ´Pride and Prejudice´, ´Mansfield Park´, ´Emma´, ´Northanger Abbey´ and ´Persuasion´, that are all considered as literary classics today. Her writing is full of sharp observations on the society in which she evolved, as well as ripe with timeless irony, and a solid dose of humour. She has created immortal characters that have inspired countless authors, novels, and movies such as Bridget Jones and Clueless.

The most notable film adapted from a Jane Austen novel is Pride and Prejudice from 2005 starring Keira Knightley (Pirates of the Caribbean) and Matthew Macfadyen.