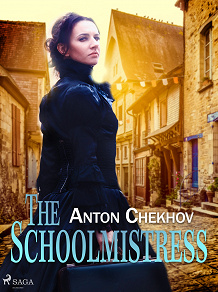 by Anton Chekhov
Follows Maria’s tumultuous journey home after receiving her salary from the school board. 'The Schoolmistress' features Chekhov’s much-celebrated realist prose as he illustrates the misery of the poor schoolmistress and her surroundings.

While Maria must fight for respect from her superiors and the townsfolk, she dreams of a better life with the wealthy and handsome Hanov. Chekhov’s social commentary is timeless as Maria longs to have a higher social standing, whereas the wealthy Hanov does not appreciate his fortune. This character-driven drama tells an engaging tale of the struggle between accepting your situation and yearning for more. Fans of Jane Austen should read this short story for its poignant portrayal of a woman’s desires in an unequal society.

A prolific writer of seven plays, a novel and hundreds of short stories, Anton Chekhov (1860-1904) is considered one of the best practitioners of the short story genre in literature. True to life and painfully morbid with his miserable and realistic depictions of Russian everyday life, Chekhov’s characters drift between humour, melancholy, artistic ambition, and death. Some of his best-known works include the plays 'Uncle Vanya', 'The Seagull', and 'The Cherry Orchard;, where Chekhov dramatizes and portrays social and existential problems. His short stories unearth the mysterious beneath the ordinary situations, the failure and horror present in everyday life.