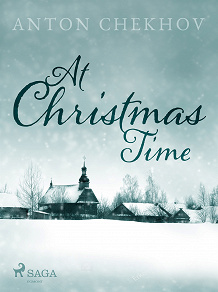 by Anton Chekhov
‘At Christmas Time’ is a masterful short story written late in Chekhov’s career that is divided into two parts. The first half follows an illiterate peasant family hiring an ex-soldier to write a letter to their estranged daughter as they ponder the mystery of her life. Chekhov’s wit is on full display here as the former soldier writes about the army instead of informing the daughter about her parents and hometown. The second part is more sombre as the letter is delivered to the daughter by her abusive husband and we learn what has transpired in her life. Chekhov’s fiery social critique is present in this short as he contrasts the warmth and love of hard village life with the coldness of upper-class luxury. ‘At Christmas Time’ displays Chekhov’s ability to combine irony and melancholy into an incredible work of art that distils a family saga across time and place into a few pages. This short story is Chekhov at his best and should be read by fans of Russian literature and beyond.

A prolific writer of seven plays, a novel and hundreds of short stories, Anton Chekhov (1860-1904) is considered one of the best practitioners of the short story genre in literature. True to life and painfully morbid with his miserable and realistic depictions of Russian everyday life, Chekhov’s characters drift between humour, melancholy, artistic ambition, and death. Some of his best-known works include the plays 'Uncle Vanya', 'The Seagull', and 'The Cherry Orchard', where Chekhov dramatizes and portrays social and existential problems. His short stories unearth the mysterious beneath the ordinary situations, the failure and horror present in everyday life.