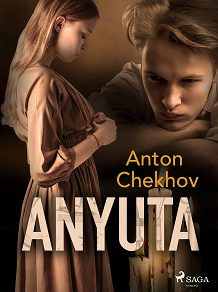 by Anton Chekhov
‘Anyuta’ is a short story that portrays the key aspects of Chekhov’s writings: dry humour, disillusionment, and a realistic depiction of social issues. The story revolves around Anyuta, a poor woman living with a medical student, Stepan, who has little time for her. Stepan dreams of a better life and is torn between following his aspirations alone or resigning himself to destitution with Anyuta. Chekhov criticises the social standing of men and women as many male students have gone on to achieve greatness, while Anyuta’s life remains static. These feminist messages made the story controversial at the time and they are still significant today. ‘Anyuta’ is a poignant and compassionate tale about the difference between dreams and reality that depicts Chekov’s ability to find small moments of humour in melancholy moments and features striking portrayals of poverty. This short is recommended for avid Russian literature readers and its feminist aspects make it suitable for fans of novels such as ‘The Handmaid’s Tale’.

A prolific writer of seven plays, a novel and hundreds of short stories, Anton Chekhov (1860-1904) is considered one of the best practitioners of the short story genre in literature. True to life and painfully morbid with his miserable and realistic depictions of Russian everyday life, Chekhov’s characters drift between humour, melancholy, artistic ambition, and death. Some of his best-known works include the plays 'Uncle Vanya', 'The Seagull', and 'The Cherry Orchard', where Chekhov dramatizes and portrays social and existential problems. His short stories unearth the mysterious beneath the ordinary situations, the failure and horror present in everyday life.