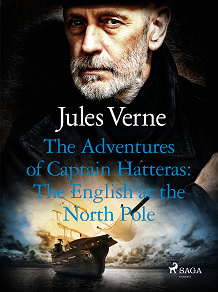 The Adventures of Captain Hatteras: The English at the North Pole

by Jules Verne
Mutiny, shipwrecks, cold, hunger and even polar bears are a part of this exciting adventure.

"The English at the North Pole" is the first part of Jules Verne’s novel "The Adventures of Captain Hatteras" from 1864. It tells the story of the ambitious and determined captain who will do whatever it takes to get to the North Pole. The journey is however not that easy and many obstacles are in the way. The sea around the pole turns out to be frozen so the captain and a part of his crew are forced to spend a long winter on the island "New America".

Will they survive the freezing weather and possible attacks? Will the captain’s strength, perseverance and determination be able to oppose the obstacles? Find out in this exciting adventure novel.

Jules Verne (1828-1905) was a French novelist who mostly wrote adventure fiction inspired by the scientific advances of the 19th century. With the help of editor Pierre-Jules Hetzel he wrote a series of books called "Extraordinary Travels", which includes "Journey to the Center of the Earth" (1864), "Twenty Thousand Leagues Under the Sea" (1870), and "Around the World in Eighty Days" (1873).

There have been many film adaptations of Jules Verne’s books with the most notable being "Journey to the Center of The Earth" (2008) starring Brendan Fraser and Josh Hutcherson (The Hunger Games), "Around the World in 80 Days" (1956), and "Journey 2: The Mysterious Island" (2012) starring Dwayne Johnson.

Widely popular with both children and adults, Verne is one of the most translated authors of all time, and still inspires people the world over.