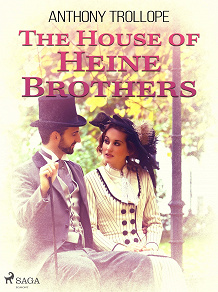 The House of Heine Brothers

by Anthony Trollope
Set in Munich, this is a delightful short story from much-loved author Anthony Trollope. Young English bank clerk Herbert Onslow is working for small German banking firm Heine Brothers, where he encounters the beautiful and strong-willed Isa Heine, daughter of one of the banks partners. Love inevitably follows, but the path to their happiness will not be smooth.